Well, it has certainly been an eventfully year for me on all fronts and reviewing was no exception. I most certainly didn't expect to be running my own book blog by august of this year. In a way I still wish it would have turned out differently. On the other hand it has been a liberating experience as well so I can't complain. I'm thinking about changing a few things next year but nothing definite yet.

So how did I do? Well, I read 93 books this year, which is more than I expected and certainly more than I expect to be able to manage next year. These 93 books resulted in a total of 79 reviews. Not a bad total but there is one thing thing I mean to improve on in 2010. A review for each book I read if I can manage. Of those 79 reviews 51 can be found on this blog. The remaining 27 are in the archives of BSCreview. I guess I speeded up a little in the second half of the year.

Like last year, I am going to name the best books I have read during the year. Which is not the same as the best books of 2009. Out of the 93 books I read only 25 were actually published in 2009 so there is really no way I could even make a guess at what the best books of the year are. History will tell no doubt. To avoid any confusion I'll add the year the book was first published in this list. They are listed in no particular order. 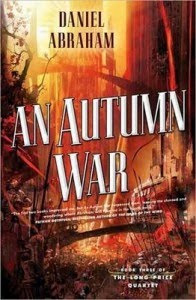 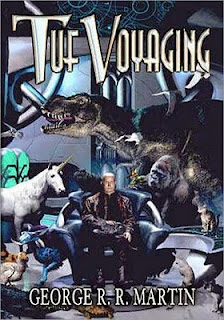 Looking at traffic this blog is still tiny but each month the numbers inch up a bit. Almost 60 percent of my visitors are from the US and the Netherlands. The rest is mostly form various places in Europe, Canada and Brazil. About 50 percent are from English-speaking nations, a quarter from the Dutch-speaking corner of the world. I've reached the conclusion that a little networking wouldn't hurt in trying to improve the numbers but since I have no idea when to actually do this without skipping sleep entirely, I'm afraid the numbers will have to take care of themselves for now. The most popular reviews on Random Comments this year were: 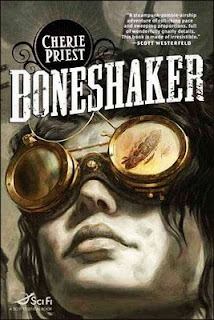 The top book doesn't actually come as a surprise. It was one of the biggest releases of the year. There are some interesting things about this list however. Fantasy does better than SF. I guess given the sales figures of both genres that is not surprising. Something that may have influenced the list is that six out of these ten got a link on Fantasy Book News and Reviews in one of Jeff's Today in Fantasy posts. His blog directs a lot of traffic to Random Comments so I owe him a big thank you. Any way I can convince you to try science fiction Jeff?

Numbers five and eight are books only available in Dutch. Apparently the little networking I did do on a number of Dutch fantasy forums did work. As I mentioned above only about a quarter of the readers are from the Dutch-speaking part of the world so I am still a little surprised that any of the Dutch only books made the list. The Apex Book of World SF is also a surprise. I put this review up on December 27th and it got more hits in the first 24 hours than most reviews get in total. I guess I am going to have to keep paying attention to books from outside the English-speaking world.

Which books am I looking froward to... Too many books to actually read next year I guess. I have two huge tomes by Dan Simmons on the to read stack, I mean to read at least one of them. Same goes for the three Edward Rutherfurd books still waiting to be read. I also intend to have a go at China Mieville's The Scar. As for 2010 publications, there's quite a few I have my eye on. I'm looking forward to Ian McDonald's Dervish House, the next Wheel of Time book Towers of Midnight, the final book in Steven Erikson's Malazan series The Crippled God. I'm curious to see what tales Cherie Priest has in store for us in her Clockwork Century and I can't wait to read the final part of Robin Hobb's Rain Wilds Chronicles. I also intend to read a few more classics of the genre. In other words plenty to do next year. 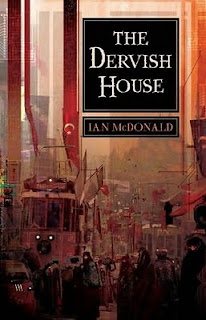 A happy new year to all of you! I hope to see you all around on Random Comments or elsewhere in the blogsphere. I promise to be a little more active commenting on the various blogs I visit.

Email ThisBlogThis!Share to TwitterShare to FacebookShare to Pinterest
Labels: End of Year